Memories of Coromandel (January 2023) – Book seven of the Rain City Tales. MacKenzie Wright doesn’t want to return to New Zealand, but his best friend and coworker Alicia manufactures a work trip for three months over the holiday season. After a chance encounter with Erik Parata, the fling he’d left behind in Auckland three years ago, their fling resumes with the understanding of a no-strings-attached relationship. Both know MacKenzie is due to leave at the end of January. Can MacKenzie let Erik go again, or will he give up everything he’s ever known and stay?

Preorder Memories of Coromandel on Amazon and Kobo.

Rediscovering Todd (October 2022) – Black Rock Cult Series – First book of a three-book romantic suspense series set in the small town of Le Rocheux, Wisconsin. Danny Jarvis returns to his roots after the death of his abusive step-father, expecting to sell his mother’s house and get back to his home in Los Angeles as fast as he can. A surprise step-brother and the childhood coward who’d thrown him to the wolves to protect his own secret disrupt his plans.

Todd Larson hadn’t ever expected Danny to return to town, but when his schoolboy crush reappears, he makes every effort to atone for his actions and convince Danny to give him a chance. With Danny’s step-father’s will not quite making sense, Danny and Todd try to navigate their new reality. The unexpected arrival of Danny’s overly helpful friends test the fragile peace they’ve managed to achieve, but sinister events threaten both their lives and the child in their care.

Mitch’s Men(December 2021) – Story 4.5 of Rain City Tales. This story fits in between the final chapter and the epilogue of The Wedding Weekend and the first chapter of Song of Salvation. Mitch Brownlie has a decision to make – one that will change the course of his life. Mitch, Clark, and Wes have become quite close, blurring the lines between clients and lovers. Wes and Clark make Mitch an offer to become a throuple, committed to each other in every way. Complicating issues, a former client rears his head and threatens Mitch. Should he survive the danger from his former client, he still has to face the most important crossroad of his life.

Song of Salvation(June 2020) – Sixth story of the Rain City Tales. Kelton Ford flees an angry father in Ellensburg, living on the streets in Bellingham until he’s found by Alex Martinson. Starting a new life as Alex’s houseboy, Kelton develops his abandoned singing. The nightmares Kelton has had since his escape from Ellensburg get worse, and Alex’s jealous business partner threatens Kelton’s new life.

Order Song of Salvation on Amazon and Kobo.

Saving Parker(April 2019) – Fifth story of the Rain City Tales. Parker Rice commits a series of thefts on Vashon Island, just across the bay from Seattle. Attorney Anthony Swifson catches him, but instead of turning him over to the police, Anthony sees the potential in Parker to change his life if he’s willing to put in the effort. The horrors of Parker’s home life intrude, and Anthony must protect the young man while navigating his ex-wife’s health challenges.

The Wedding Weekend(May 2018) – Fourth book of the Rain City Tales. Clark Adamson needs a date for his sister’s wedding, but he is fed up with the dating scene in Seattle, so he hires escort Mitch Hampton. After the groom discovers his brother, Wes, in Clark and Mitch’s room the morning after the bachelor party and causes an ugly scene, Clark, Wes, and Mitch scramble to save the wedding.

Order The Wedding Weekend at Amazon and Kobo.

Cattle In The Corn(March 2018) – After complaining about the rancher’s cows, a tornado rips through the North Dakota countryside, and the cowman and his rancher neighbors work together to rebuild the ranch and their relationship. Short story in the Cowboy Up anthology with Cleis Press.

Order Cowboy Up at Amazon, Barnes & Noble, and Kobo.

I’m Yours(Feb 2018) – Third book of the Rain City Tales. Toby Hayden pounds the pavement of Seattle looking for his last chance job after false accusations get him fired from his Controller position. After impressing Mr. Herrington and Roger Matthews, Herrington offers him a job. Marketing Director Marsha Fisher takes an immediate dislike to Toby, and dredges up his past controversy by hiring his ex-boyfriend, Mark Spencer. threaten both his job, and his blossoming relationship with the concierge, Merrick Hamilton.

Order I’m Yours on Amazon and Kobo.

Past Secrets Present Danger(Jan 2018) – Second book of The Rain City Tales. Roger Matthews has difficulty finding time to spend with his boyfriend, Seattle Police Officer Paul Tomlinson, between long days at the office and Paul’s long nights on patrol. When Paul is injured in the line of duty, Roger contacts Paul’s estranged family and quickly learns why he’s been so evasive about his past.

Order Past Secrets Present Danger on Amazon and Kobo.

The Officer’s Siren(Nov 2017) – First book of The Rain City Tales. When Mike Bryant’s truck is stolen after a long night shift at his hotel job, Officer Jason Lynch catches his eye. Jason has an immediate attraction to the younger man, but the realities of his dangerous job and the pain from the loss of his partner four years prior weigh heavy. Mike pushes hard for the relationship to continue as Jason must chose between his fears and his boyfriend.

Order The Officer’s Siren on Amazon and Kobo.

The Hurricane’s Triangle(Nov 2017) – The third and final installment of The Golden Scepter Series with MuseItHOT Publishing. The golden scepter and its jewels are again at the heart of a mystery. Heath Firestone returns to Seattle at his former lover Anton Barrett’s request. Under the guise of an apology, Anton springs another adventure on Heath. Excitement turns to deception, and the final plan of the family unfolds. As Heath fights for his life, Anton must make a decision that could ultimately enslave humanity.

Pennington’s Conquest (2016) – The second installment of The Golden Scepter Series with MuseItHOT Publishing. Heath Firestone, now living in Paris with his boyfriend, Anton Barrett, embarks on another mystery involving the treasure he found and inherited the prior autumn. A golden scepter and four missing gems have caught the interest of the ruthless Justin Pennington, and he will stop at nothing to take the jewels from Heath in his quest to fulfill an ancient prophesy and rule the word.

The Orkney Landing(2016) – a short story part of the Best Gay Erotica of the Year, Volume 2: Warriors & Warlords anthology edited by Rob Rosen with Cleis Press. Viking warriors  Harold Sigurdsen and Thorjus Halvorsen lead a Viking raiding party on the Orkney Islands. During their raid, they acquire a slave, Talorc. The young Pict must serve or die his new Viking lords.

Summer Stalked (2016) – a short story with MuseItHOT Publishing. A broken down cabin deep in the woods hold a secret, and Luke Augustin must fight for his life to bring a killer to justice and clear is best friend’s name.

The Artistry of Steam (2016) – a short story part of the Gym Boys anthology edited by Shane Allison with Cleis Press. Bryan Fleming’s afternoon got a lot steamier when he met gallery owner Todd at his university’s rec center steam room. He’s in for a surprise when he discovers Todd’s main career.

Paying for Protection (2015) – a short story part of the Homeboys anthology edited by Shane Allison with Cleis Press. Thayne Pierce couldn’t figure out why his uncle had so much trouble making ends meet with his deli. A visit from the local gang a week after Thayne takes over the business shows him he’ll have to figure out some way to pay for the protection they demand.

A Ride Home (2015) – a short story part of the Take This Man anthology edited by Neil Plakcy with Cleis Press. Bryant Thalman came to Seattle at eighteen fresh faced and eager to begin both college and the dance ensemble. On his first day, he meets Alan Hansen, and the sparks of love at first sight fly

Seducing the Footman (2014) – a short story part of the Men of the Manor anthology edited by Rob Rosen with Cleis Press. The lord of the manor’s son invites the handsome young footman for a glass of wine in the guest house. But who is seducing who?

Aboard the Aquitania (2014) – a short story part of the Flappers, Jazz, and Valentino anthology edited by Jillian Boyd with House of Erotica. Three friends journey across the ocean on the liner Aquitania, the “Ship Beautiful,” in the early 1920’s.

Kindle: Purchase Aboard the Aquitania

Print: Purchase Aboard the Aquitania (currently out of print)

The Bastard’s Key (2015) – the first in The Golden Scepter series of novels published with MuseItHOT. A blind date with the mysterious Anton Barrett leads Heath Firestone into a web of murder and an international treasure hunt.

The Christmas Proposal (2014) – a short story part of the Oh, Oh, Oh Santa series with MuseItHOT. Luke Mitchell has a Christmas present for his boyfriend, Taylor Jackson, but Luke is in for a big surprise.

Halfway Out Of The Dark (2014) – a short story part of the Wild Darkness Calls series with MuseItHOT. Shawn Templeton stumbles into Mark Jennings’ life. Can their budding romance survive in the wilds of Post WWIII Montana? 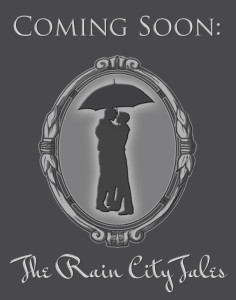